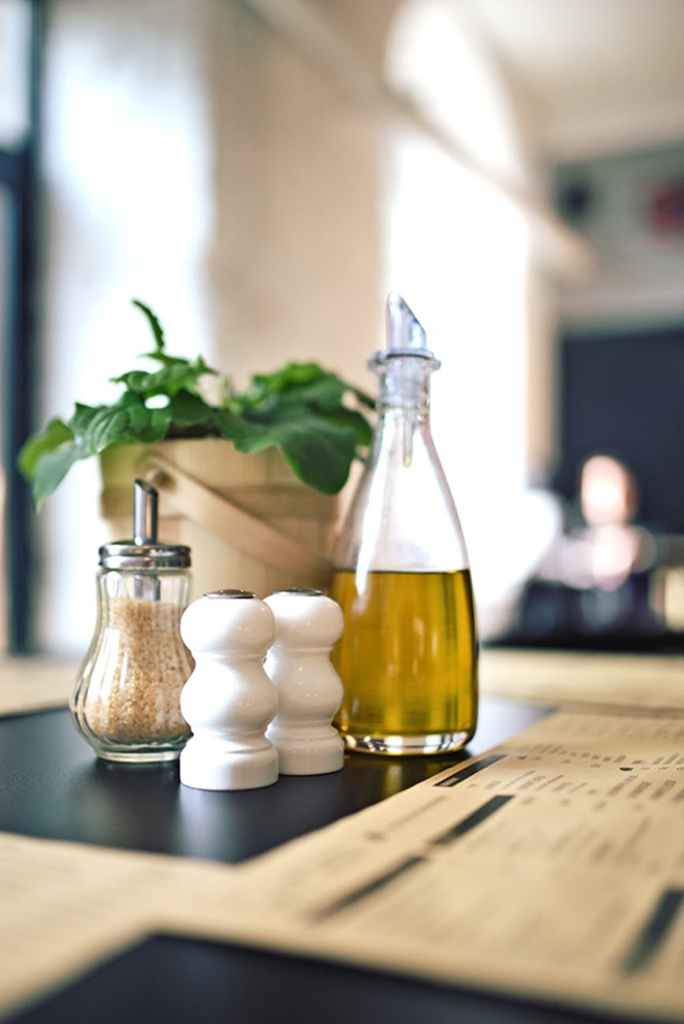 One of the main ideas of clean eating is eating food in an unprocessed form. Yet in spite of this, most of us still use oils. Despite being mostly empty calories, we still swear by them.

But thanks to the paleo movement, we’ve all been given the green light to indulge once more. After all, it’s what our anscestors did, right? And they were seemingly healthy, despite drowning everything in butter and cooking with lard.

Yet there are are a few studies showing that olive oil and saturated fat can have negative effects on endolithial function (the cells in our Arteries). I have to admit, including oils in a natural way of living seems somewhat contradictory. Why is it that most of us object to white flour or refined sugar, but have no issues with protein powder or oils? I don’t see anyone pouring sugar onto their meals. That would be.. You know. Wierd.

Just think about it. Have you ever tried to get the grease off something?

It’s so hard to wash off! Yeah. I wouldn’t want that happening to my insides.”But Sage, we need fat!” Yeah. I know. I never said fat was bad. I was only talking about oils. Nobody is stopping you from eating cheese, or digging into an avocado. Or you know.. Eating actual olives? Perish the thought!

So, who should we believe? If saturated fats are bad, that leaves plants to pick up the slack. Mind you, most plant based fat comes from nuts and seeds- which humans are not particually adapted to consuming.

But in all honesty, I get the impression that using oils in cooking is a modern invention.

According to Plato, although olive oil `is helpful’ (`Protagoras’ 334B), it should not hold an important place in the diet.

Olive oil was used for anointing the skin as part of the body’s hygiene (`Theaetetus’ 144C and `Protagoras’ 334B).

Protagoras emphasises that olive oil `is good for the outward parts of man’s body, but at the same time as bad as can be for the inward‘. For this reason `all doctors forbid the sick to take oil, except the smallest possible quantity, if one is going to eat’ (`Protagoras’ 334B±C).

As stated by Protagoras, the utilisation of olive oil should be restricted to small quantities added to meals for reasons of taste.

And as for butter:

Although milk was rarely drunk, Plato claims it should hold a prominent position in the dietetic preferences (`Ion’ 534A, `Gorgias’493E and `Laws’ 679A). In fact, most of the milk was converted to cheese (`The Republic’ 372C), while the main use of butter was to soothe wounds.

“there appears to be something about the food matrix of dairy foods that influences their effect on blood lipids.

For example, dairy foods that have intact milk fat globule membrane (MFGM), such as cheese and yogurt, have little effect on LDL. On the other hand, butter, which has no MFGM, appears to raise LDL levels (16).” -3

Do keep in mind though that ldl cholestetol has no effect on heart disease, and that plato also considers Wheat and barley to be wonderful cereals with a divine origin.

And besides! Oils have so many uses besides as a dietary supplement. Upon doing some investigation, I was suprised to discover just how olive oil was used. It was lamp oil, soap, moisturiser, and even medicine! The ancient greeks Loved olive oil. So much so, that it was offered as a prize for those lucky athletes that won the olympic games. They liked to oil their sculpted bodies till they glistened in the sun. It must have been quite a sight back in the day.

They Didn’t however, think much of it as a food. They seemed more interested in eating whole olives. In all honesty, I get the impression that high fat diets are not healthy at all. Did you know that the beloved Inuit have shocking rates of heart disease?

It might sound romantic to imitate the beloved Medeterrianian diet, but if the ancient greeks didn’t do it, who did?

1: The postprandial effect of components of the mediterranean diet on endothelial function